The problem with shadowy creatures is that they are annoyingly persistent.  They seem to recur with different names and faces until at last, sick of facing the same issues, we stop running and turn to see what is blocking the light. We stand our ground and say, “Enough!” In those moments of stillness when we are eyeball to eyeball with that thing that has just happened again, we realise that this is not about that person being a jerk, or that particularly difficult situation.  We realise that this is about us. I’m not saying people aren’t jerks sometimes or that circumstances aren’t difficult.  I’m talking about that recurring thing that keeps coming up – you move house, move job, change friends or even marriage partner … and still it’s there, again. THAT issue. It’s yours.  It’s time to look at it in the eye and get to know it.  It’s time to own that (for now) it’s yours. Make peace with it – only then can you possibly hope to leave it behind.

I don’t know about you, but I think different issues come up at different points in our lives.  A couple of my other posts have been about fear.  Fear is something that kept recurring for me with irritating frequency. I wasn’t even fully aware of how much it was affecting me – my life and my choices – until I decided I had had enough. The first and really important step was owning it – really being honest about all of it. It was only following that step that I was able to come up with some strategies for resolution. It’s easy enough to talk about after you’ve had some success.

I’m currently in the early stages of another battle. The beginning is the most difficult.  Who wants to delve into deep, dark issues?  It’s messy. It’s painful. I’d rather watch Netflix or have a glass of wine … or maybe both. I do know that if I ever want to be free of this particular monster, I’m going to have to stop trying to avoid it. I need to set aside my reluctance, find my courage and turn and face it.

I know on the other side there’s freedom and joy, strength and the ability to move on to greater things. And I know for sure that it’s worth it. 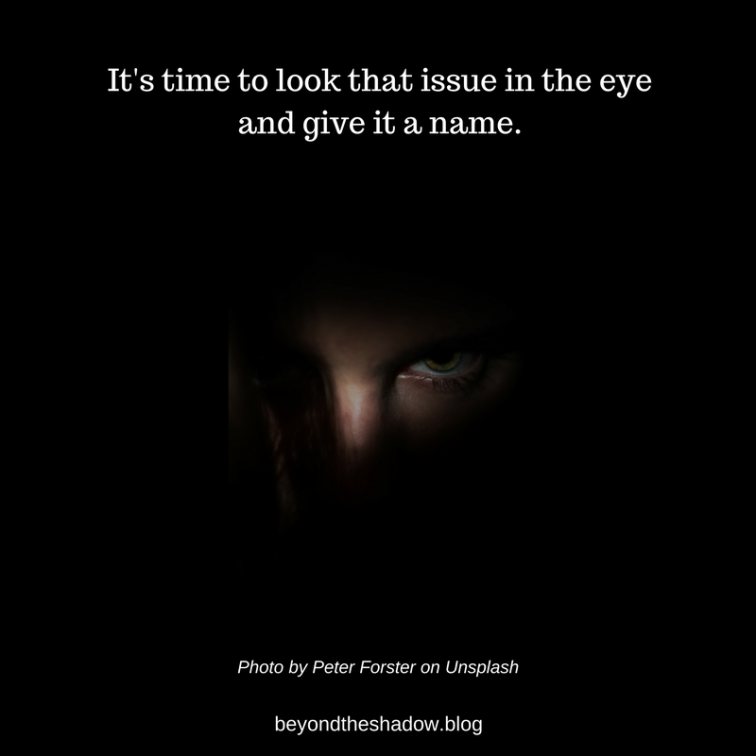