How does one ever begin to manage a non-specific fear; a spidery thing, crawling, slithering across your chest; a paralyzing dread. This shadow self emerging stealthily in the chaos of young family life.  I remember, with two young boys, that there was barely time for a cup of tea or a shower on some days.  That kind of stress is bound to unravel things and people. Not that I was unraveling exactly, it was more like being bound more and more tightly by an invisible chord.

I’m not sure if any of this could be seen from the outside.In fact, I did my best not to be seen, not to be noticed at all. The shadow self tells you that invisibility is a powerful protection, and so I got good at it until the fear of being exposed was smothered by the fear of living a life so small it would disappear.

So, I took steps to face the ravenous jaws of the creature, hoping that it wouldn’t eat me alive.

I narrowed my BIG fear list down to two things that I was absolutely terrified of and signed myself up.  The first was a competitive jazz dance class which involved dancing in tight clothing in front of a HUGE mirror with a group of other women.  Once we had learned the dance we would compete (on a stage) in front of a big crowd. Terrifying, right? I remember standing in the wings before going on stage for the first time thinking that I was going to throw up!  The second, was agreeing to sing at church in front of about 150 people. I’m fairly sure no one could even hear me that first time. I was so anxious I felt my throat closing in and my breath unable to get to my lungs.

Both involved being in the spotlight and I didn’t like it.  Just the thought of these things was enough to make my heart stop…but it didn’t.  These were my first tentative steps beyond the shadow. 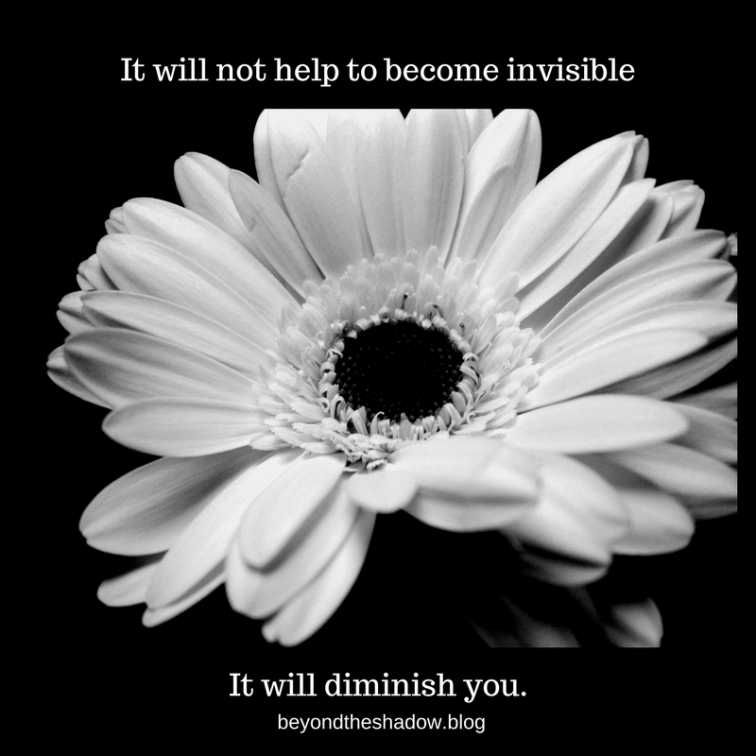